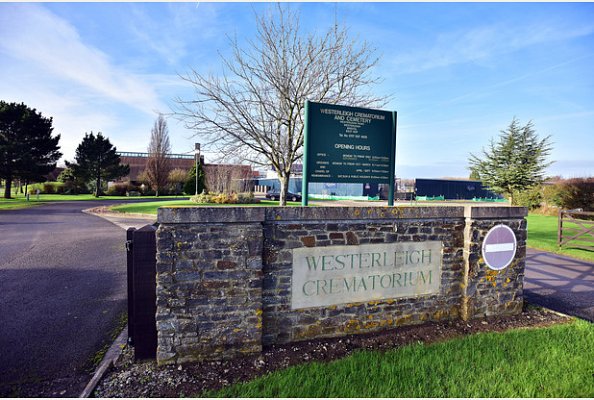 A crematorium is thought to be the first in the country to win permission to install an on-site bar.

Mourners will soon be able to buy a tipple from a fully-licensed bar at Westerleigh Crematorium.

The licence was granted ahead of the opening of a new hospitality suite and cafe at the site, between Bristol and Yate, in February next year. It is thought to be one of the first bars of its kind in the UK, and the new bereavement suite will allow post-funeral wakes to be held on the site.

It is traditional that mourners leave the funeral site to stage a wake, through personal preference and a lack of suitable facilities at churches and crematoriums. But soon families will have the option of staging the whole event without the need to travel.

A second chapel is also being built at Westerleigh as part of the expansion of the business.

The Westerleigh Group announced in October that it had major plans for expansion, after receiving a £108 million financial package from Lloyds Bank Commercial Banking. The funding will help the group to achieve its growth ambitions as it looks to add to the 21 crematoria it operates throughout the UK, with an aim of opening its 30th site before 2020.

The firm is moving ahead with plans for new developments in Broxbourne, Hertfordshire, and Ormskirk, Lancashire, having already secured planning permission for these sites, helping to create three new jobs at each location. It is understood that the group would like to eventually have alcohol licences for the majority of its sites.

Ewen Macgregor, a licensing partner at Bond Dickinson who helped the crematorium secure the licence, said he thought the application was "unique".

He said: "I am really pleased that we have been able to secure this first alcohol licence for Westerleigh.

"Although in our experience a unique application, Westerleigh were very clear in what they were hoping to achieve.

"This helped greatly in our discussions with the statutory authorities. It also enabled the licence to be granted, without the need for a hearing, in advance of the hospitality suite and café opening in February 2016."

And a spokesman for Westerleigh said that the design for the new hospitality suite includes a grass roof, with views which make the most of the crematorium's leafy grounds.

He said: "There has been strong support for the need for a second chapel and hospitality suite at Westerleigh with local funeral directors supporting our plans.

"For many families a wake or celebration after the service is a necessary event and it is not always convenient for them to set off again to meet in a hotel or pub, a point made by a local minister when supporting our planning application.

"The provision of a new hospitality suite will therefore cater for funeral parties who are looking for a simple, dignified event after the funeral, providing an onsite service which is comparable to the traditional funeral tea."

Building work started in May and is due to be finished by February.

Westerleigh Crematorium opened in 1992 in 23 acres of open countryside. It won planning permission in 2014 to build a second chapel on the site, despite it lying on protected greenbelt land.

Councillors agreed that in this case there were special circumstances, which allow for building on protected land, because the existing chapel had reached its full capacity.

Agents for Westerleigh Group said the original planning permission granted in 1990 had specified an obligation to build a second chapel once the number of cremations reached 2,500 a year. The older chapel has a capacity of 90, which is adequate for larger services. But the group said that funerals with just a few mourners would be better suited in the second, smaller chapel. A second chapel would also reduce the pressure on the existing one, and would mean that service times could be increased from 30 to 45 minutes.

For the Full article, please visit The Bristol Post: