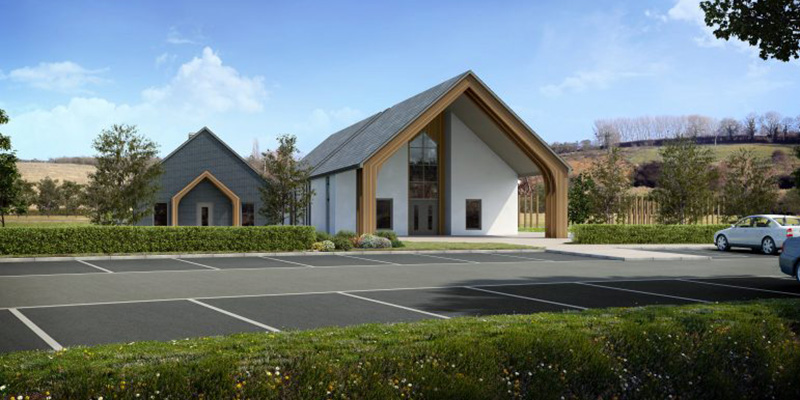 A FORMER long-serving Pershore councillor has urged planning chiefs to give the thumbs up to the proposed new crematorium at Fladbury Cross.
Gaynor Amphlett, who served as a town councillor for more than 20 years, told the Observer she backed the plans by the Westerleigh Group for the new venue in the ‘strongest of terms’.
The proposed ‘Vale of Evesham’ crematorium could open as early as autumn 2018 and stage up to 1,000 funerals per year when fully up and running should planning chiefs give the green light.
Developers say the new crematorium is needed to ease pressures on sites in Worcester and Redditch which are 33 per cent and 23 per cent busier respectively compared to last year.
Mrs Amphlett said members of Pershore Town Council had scoured the local area for some years but never found an acceptable site to provide a crematorium in Pershore.
“The truth of the situation is the Astwood crematorium in Worcester is oversubscribed and has been for some years, leaving mourners waiting up to three weeks for a cremation,” she said.
“Cremation is much more common than burial these days and this will only increase with most young people not able to conceive of ever wanting to be buried.
“For people on our side of Worcester a trip to Astwood can take 40/45 minutes which makes things more difficult for the bereaved,” she added.
Local residents raised their concerns about the proposals at a public meeting in April and labelled the crematorium ‘an accident waiting to happen’.
Many expressed fears about the potential traffic problems and while Mrs Amphlett said residents concerns were well meant, she claimed their objections were not based on facts.
“The criteria set down are for everyone’s benefit and are very strict. The site in Fladbury does indeed fit the criteria very well with good road access.
“The regulations on emissions are very strict indeed so there need be no concerns surrounding that.
“Wychavon will rightly have scrutinized the plans and I hope they will see that the application is a sound one and they will give every support they can to Westerleigh to enable this scheme to go ahead.
“People in the district now and in the future will thank them for their foresight in ensuring that this facility is provided.
“Now is the time to ensure action is taken to correct the under provision that has dogged the area for too long,” she added.
Planning chiefs are expected to debate the proposals by the Autumn.