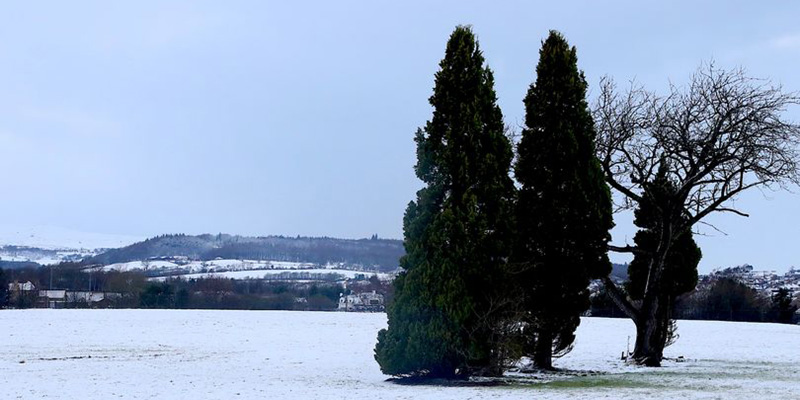 Work on the crematorium at the former Bannockburn Hospital site is expected to begin this summer.
Controversial plans for the £6m single-storey facility off Falkirk Road, which attracted a 274-signature petition in oppostition, were approved last Thursday following a planning hearing.
Held at Bannockburn Community Centre, the hearing comprised the planning committee, officials, objectors and the applicant. Members of the public were also in attendance.
Development director for applicants Crematoria Management Limited Stephen Butler told the hearing if approved work would begin in six months and the building would take nine months to construct.
It will include a chapel with seating for up to 98 people with the potential to accommodate an additional 100 people standing; operational areas, offices and staff facilities.
There will also be a garden of remembrance and a total of 116 parking spaces.
Mr Butler pointed out during the hearing that the company had been operating for 25 years and runs 29 facilities with three planned.
Responding to concerns raised by councillors, he said the operation would be closely controlled by Scottish Environment Protection Agency.
There would be “no smoke or odours” from the chimney and there would be “a process of continuous monitoring,” he said.
If standards were breached SEPA could “review the permit and stop us trading”. Mr Butler stressed: “There is no way we are going to allow that to happen. We only use the most advanced technology.”
Objectors had believed that access proposals for the site and alterations to the A9 Falkirk Road were not adequate to deal with the volume of cortege traffic.
Residents’ spokesman John Fowler in his presentation to the hearing stated that funeral traffic would create “an obvious bottleneck not remotely comparable to previous or current road conditions.”
Officials had stressed in the report before the hearing services would take place outwith the morning and evening rush hours ‘and accordingly the majority of vehicle movements will take place during this [interpeak] period’.
Mr Fowler also said the site of the crematorium, off the A9, was the “biggest single issue for the public”.
Bannockburn councillor Margaret Brisley, who was allowed to address the hearing, said feelings were running high about the application and there was a lot of anxiety in the town.
She said the building would be situated on top of a hill in full view and that “no matter what mitigating measures” were taken could the plan be considered appropriate.
To loud applause, she told the hearing: “It may be acceptable to officers but it’s not acceptable to the community.”
There will be an average of four and a maximum of six funeral services per day, 1100 a year, most of which would be expected between 10.30am and 3.30am. The proposed operating hours would include 9.30am to 1pm on Saturdays, with no Sunday working.
Councillor Neil Benny expressed concern that the number of funerals could increase should the management of the facility change.
Mr Butler told the meeting the company had no intention of going beyond the figure of 1100 funerals per annum – and pointed out he had no objection to that figure being written into a planning condition.
He said should more funerals be required in future, the company would have to come back to the planning committee to seek approval for any change.
Councillor Benny put forward an amendment to the recommendation, seconded by councillor Douglas Dodds, to tighten up conditions over the 1100 funerals per annum and the hours of operation.
An amendment by Bannockburn councillor Maureen Bennison, seconded by councillor Chris Kane, to refuse the application on grounds of visual and traffic impact was also put forward. Six councillors voted to approve councillor Benny’s amended recommendation to approve the plans and two were against – and six councillors voted to reject councillor Bennison’s amendment with two voting to approve.

Taken From: The Daily Record