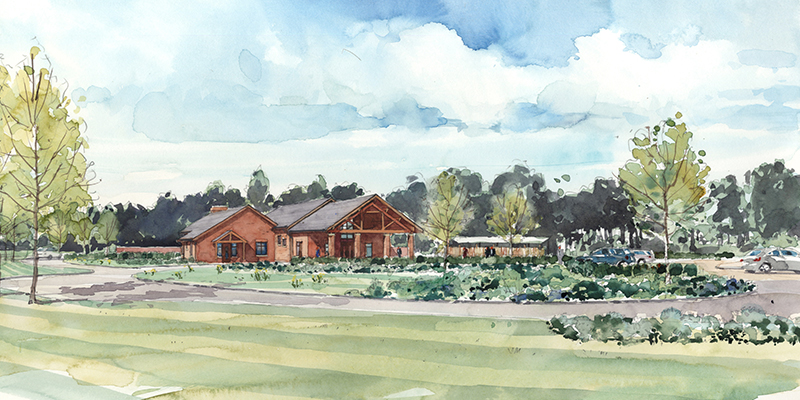 Funeral directors have backed proposals to build a new crematorium aimed at easing the anguish of bereaved families in the Oswestry area.

Westleigh, a firm which runs crematoria across the country, wants to develop a new facility on land off the A5 at Nesscliffe.
The firm staged a public consultation event on the plans last week and said the new crematorium was needed because current facilities in Shrewsbury and Wrexham were oversubscribed.
Opinion on the proposal was split among Nesscliffe residents with some fearing it would cause traffic and pollution issues.

But the firm's chief executive, Richard Evans, said funeral directors have long been calling for a new facility to serve Oswestry.
He said: "We have been actively looking in this area for five to six years now and have looked at a number of sites.
"Funeral directors have been having problems because the closest crematoriums are full to capacity.
"We are hoping to put a planning application in soon and start work in 2019."
Aubrey Kirkham, who runs funeral directors in Four Crosses and Shrewsbury, has welcomed the news.

He said Wrexham and Shrewsbury have been full to capacity with up to an eight-week waiting list at one point.
He said: "It is cracking news, and I certainly welcome it.
"It has long been needed because it allows us to bring a better service to families because it can be an eight-week waiting list elsewhere.
"There has also been issues in Shrewsbury and Telford over the last year, so this is brilliant news.

"And looking at the plans it is a very nice setting for people to have their services."
Some residents were unhappy at the consultation event, stating pollution and traffic could be two issues to hit the village.
Gillian Richards of David Davies and Sons in Oswestry said: "We've also had issues with other facilities and having to wait to get the right appointment.

"Anything to help that and help customers is going to be a big help."