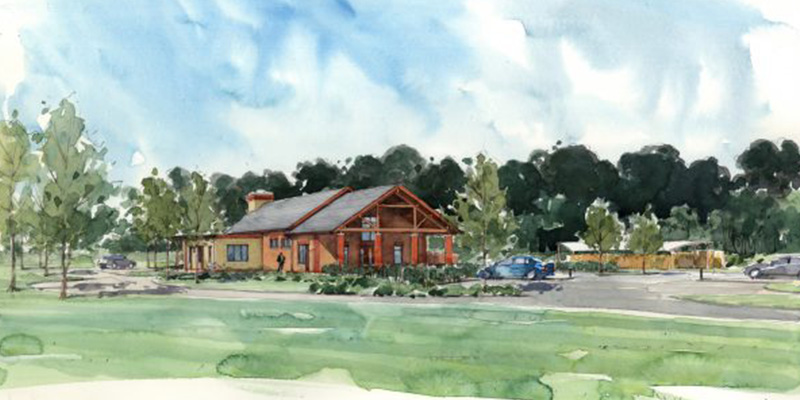 Plans for a “state-of-the-art” crematorium in Blackwood, which will serve residents across the borough, have been given the green light by councillors.

A 98-seat chapel, a crematory, an office and a waiting room within a single-storey building on land off Sirhowy Enterprise Way in Pontllanfraith will be built under the plans.

It will be the first crematorium to be built in Caerphilly county borough, serving more than 150,000 people as their nearest facility.

A total of up to 1,300 services per year could take place at the crematorium.

Barry Davies, representing the company behind the plans, The Westerleigh Group, told councillors the development was much needed.

He said: “There is currently no crematorium within the county borough and over 100,000 residents do not live within the industry standard 30-minute drive time of a crematorium.

“This is an opportunity to secure a state-of-the art crematorium in the heart of the county, serving a population of around 154,000 residents who would have the facility as their nearest crematorium.”

A floral tribute area, water feature and memorial gardens also feature will also be created on the four-hectare site to the south of Glanbrynar Farm.

The building would be 42 metres long and “relatively low” in height, coming with 89 car parking spaces – including disabled bays and staff parking.

Tim Stephens, development control manager at the council, said the only outstanding matters were finalising highways and pedestrian access matters to the site.

Visitors would access the site from a new junction from the A4048, with an internal roundabout proposed under the original plans.

Cllr Mike Davies said the development was “definitely needed” and agreed with the plans in principle.

But he also raised concern that there are already long traffic jams during rush hour near the Sainsbury’s roundabout.

Cllr David Hardacre echoed the concern, and said he hoped the developer would consider building another roundabout.

However Mr Stephens said the issue was not about congestion.

“We are satisfied that the road has got sufficient capacity to deal with the extra traffic,” he said.

“It’s just the detail of the junction that needs to be agreed.”

Councillors voted to approve the plans.