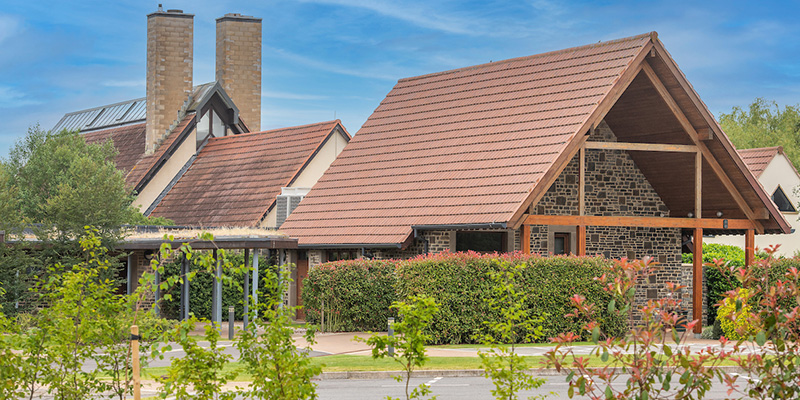 Plans have been unveiled to bury a time capsule at Westerleigh Cemetery & Crematorium, near Bristol, to mark its 30th anniversary.

And the team at the site – which is now also home to national headquarters for Westerleigh Group – are appealing to the local community for suggestions and items to be placed inside the capsule.

Shaun Chapman-Young, site manager at Westerleigh Cemetery & Crematorium, said: “We pride ourselves on having very close links with our local community, so it makes perfect sense to ask local people to help celebrate our anniversary by suggesting items for our capsule.

There were plenty of memorable moments in 1992, which saw Queen Elizabeth II celebrate her Ruby Jubilee.

It was the year that the Church of England voted to allow women to become priests, the FA Premier League was launched, a new – smaller and lighter – 10p coin was introduced, there was a fire at Windsor Castle and Whitney Houston had the year’s best-selling song with ‘I Will Always Love You’.

But for Westerleigh Group – with 37 crematoria in England, Scotland and Wales, all set within beautifully-landscaped gardens of remembrance which provide pleasant, peaceful places for people to visit and reflect – 1992 was essentially the year it all began.

Local developer Ian Pratt formed a consortium which successfully responded to an advertisement in the summer 1990 edition of Resurgam, the quarterly journal of the Federation of British Cremation Authorities, which set out a brief for a new crematorium to be built on a 22-acre site owned by Northavon District Council.

That consortium became Cremation Management Limited and Westerleigh Crematorium opened on 27 August 1992. This also provided a foundation to what later became Westerleigh Group, now the UK’s largest independent owners and operators of crematoria.

Shaun said: “During the past three decades, Westerleigh Crematorium has proudly become a major part of the local community.

“Firstly, of course, we have always strived to deliver the highest possible standards of service, providing exceptional care in a beautiful setting, so that families can remember, mourn and celebrate the lives of their loved ones in a way that is uniquely personal.

“In addition to the care and support we have given to so many local families, we have also helped many local charities and organisations, through financial donations, fundraising events and other support.

“People are at the heart of everything we do, from employing the right people to provide the level of care we pride ourselves on to building strong relationships with our local Funeral Directors and business partners, and our local communities.

“That’s why it makes perfect sense to include as many people as possible in our 30th anniversary plans, starting by inviting our community to make a contribution for the time capsule.”

Burying the capsule is just one of a number of special events and activities planned this year to celebrate the anniversary.

A community open day is being planned for 23 July, 10.30am – 12.30pm when members of the public will be able to have tours of the crematorium, enjoy the beautiful grounds, watch the planting of a dedication tree and witness a visit from the historic Hearse that carried the body of Sir Winston Churchill.

A second special event is being planned for the following month, which will be an opportunity to thank our industry VIPs and business partners for their loyalty and support.

Anyone with any suggestions for what to include in the time capsule can contact Shaun or Kate at the crematorium by calling 0117 937 4619 or emailing WesterleighCrematorium@westerleighgroup.co.uk, ensuring you put “Time Capsule” in the subject line. All suggestions should be made by Tuesday 31 May.

To find out more about community open day, visit www.westerleighcrem.co.uk/events