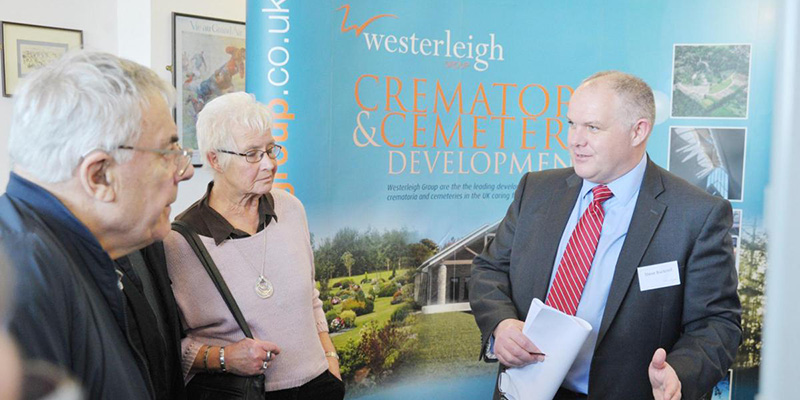 RESIDENTS and businesses have given their backing to plans to build a new crematorium near Royal Wootton Bassett aimed at reducing the four-week waiting time that some families currently face.

A site on a former showground at Upper Studley Farm off the A3102 Swindon Road has been earmarked for development by the Westerleigh Group and nearly 100 people turned out for an exhibition to look over the proposals last Thursday.

Within the plans, the chapel would seat up to 98 people, with room for up to another 100 standing and could have 76 parking spaces.

Currently, the nearest crematorium for people to the western side of Swindon is at Kingsdown, which can take up to 30 minutes in a funeral cortege.

Westerleigh – who specialise in building crematoriums – hopes the new facility will relieve pressure at Kingsdown and help accommodate the thousands of services held there every year.

Jeremy Mead, who runs Mead Family Funerals with his wife Karen, attended the exhibition and said he was impressed by the proposals.

“Families at the moment are in a state of limbo until they fix a date for a funeral,” he added.

“The wait up at Kingsdown is not caused by funeral directors as a lot of people might think but it is because they don’t have the space.

“If people are being told to wait a month for a slot then it can only be a good thing for everyone that they are planning to build a new crematorium on this side of town.

“One thing we hope they address before the application is submitted is traffic trying to turn right out of the junction onto the A3102. They should make people have to go up to the roundabout to come back around because otherwise it is an accident waiting to happen.”

At the exhibition, residents were told how the crematorium would be accessed from the A3102, with a new ‘right turn lane’ junction from Bassett to allow traffic into the site safely.

To help ease congestion in the area, Westerleigh is also planning to operate funerals at intervals of one hour in between 10.30am and 3.30pm so that it falls outside peak traffic flows.

Steve Bucknell, development director at the company, said: “We had a much better turnout than we had anticipated and it was positive on the whole because people recognised this crematorium is much-needed for families in the area.

“Kingsdown may only be 10 miles away but it is a long 10 miles to travel across the town. The route there is either go on the motorway or have to go directly through town which can take a long time and sometimes, when you come from this side of town it can take up to half an hour.

“We have had a number of funeral directors comment on how long the wait is for a funeral slot because until the funeral has happened, that is when the grieving process can start for a lot of people.”

Westerleigh hope to submit a planning application by the end of the year.