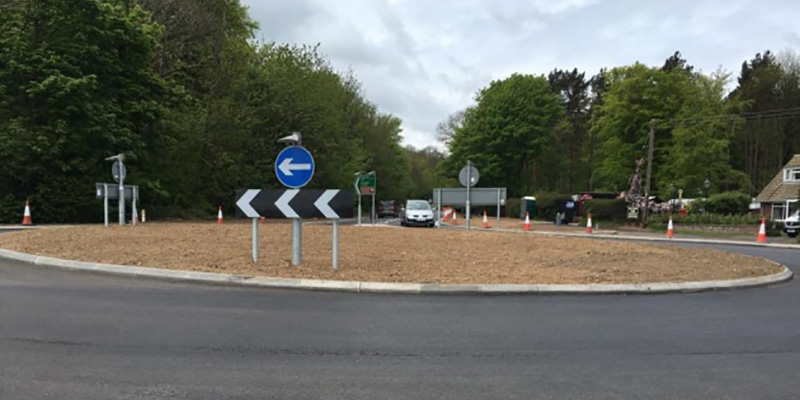 A job well done - organisations behind new Felbrigg roundabout on the A148, near Cromer, to celebrate its completion.

Groups, organisations and businesses behind the new Felbrigg roundabout on the A148, near Cromer, are set to mark its completion with a celebration.

Money from 12 organisations and businesses made the build possible, and many of those involved will be at the celebration at the roundabout on Thursday, June 15, from 10-11am.
Pledges of money were secured from Norfolk County Council, the New Anglia Local Enterprise Partnership (LEP), North Norfolk District Council, Cromer Town Council, local parish councils of Roughton, Runton and Felbrigg, and developers and local businesses.
Martin Wilby, Chairman of the Norfolk County Council’s Environment, Transport and Development Committee, said: “We estimate that half a million vehicles have already used the new £619,000 roundabout since it opened five weeks ago.
“I’d particularly like to thank the enormous contribution made by my former fellow county councillor Hilary Cox who worked so hard to bring partners together and achieve the successful pooling of funds.
“And I’m sure many users of the road will have already appreciated the great job our contractor Danaher & Walsh did by finishing the roundabout two weeks ahead of schedule. The very final step is in the autumn when we’ll be planting 13 new trees.”
Tim Adams, Norfolk county councillor for Cromer, said: “My particular thanks must go to those companies and organisations who have made this possible with their financial contributions, such as Westerleigh (Cromer Crematorium), who donated £21,500 towards the roundabout alongside other local businesses.”
Sue Arnold, North Norfolk District Council ward member for Felbrigg, said she had received many congratulatory remarks since the roundabout, at the junction of the A148 Holt Road and the B1436 Cromer Road, was opened.
And vice-Chairman of Felbrigg Parish Council, Denis Connelly, said that it was also making it safer for all users of the adjoining roads.
Emily Manser, growth deal manager at New Anglia Local Enterprise Partnership, said: “The need for, and benefit of building this roundabout was clear from the first submission made to the LEP Board, and that benefit is already being felt just weeks after the project’s completion.”