See plans for first crematorium in Leeds for 60 years 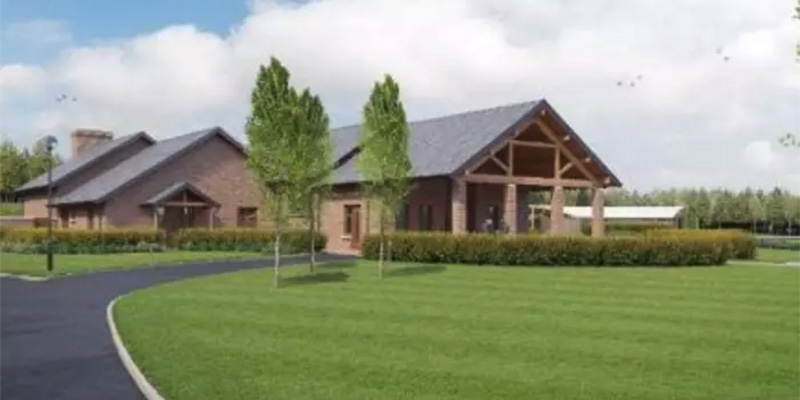 A computer generated image of plans for a crematorium in Garforth, Leeds.

A new crematorium could be built in Leeds for the first time in nearly 60 years to deal with a rising population and bereaved families going through “conveyor belt” funeral services.
Bristol-based Westerleigh Group Ltd has applied to create the facility to the east of the practice ground at Garforth Golf Range on Long Lane. According to the developer the nearest available crematorium for east Leeds residents, at Lawnswood around 10 miles away, is 135 per cent above its “practical” capacity during peak months. However, Leeds City Council said that its three crematoria are currently running at 65 per cent capacity, which is “sufficient to continue to meet demand both now and for the foreseeable future”.

A report submitted with its planning application reads: “The existing crematorium at Lawnswood, the only viable choice for East Leeds, is under pressure.

“Funeral directors have pointed out significant concerns with the current quality and quantity of provision. “These shortcomings include delays to funerals of over three weeks in winter months and a ‘conveyor belt’ experience.”

If plans were approved then just under 70,000 people would live within a 30-minute funeral cortege drive to a crematorium for the first time, the report says. A spokesman for Westerleigh said that whereas in previous years the cremation and funeral service would take place separately, families increasingly want both to happen during one ceremony. The planned facility would carry out 1,250 funerals a year with a chapel able to accommodate 98 seated and up to 100 standing mourners. The council has said there is a “general trend away from burial towards cremations,” but the last time a crematorium was built in Leeds was at Rawdon in 1959.

Steve Bucknell, a director of Westerleigh, said: “Our opinion research, exhibition and consultation exercises have shown that there is strong support for this development among local people.” A council spokesman said: “The council crematoria are currently operating at around 65 per cent capacity. “There is also a general trend away from burial towards cremation however the current capacity is sufficient to continue to meet demand both now and for the foreseeable future.” He said that the council has three crematoria which can carry out up to 8,250 cremations a year whereas current demand for cremations is around 5,300 a year. Population forecasts and predicted death rates suggest that this will rise to 6,300 by 2035. The council could approve the plan by January 9 next year.