New crematorium to serve the residents of Romsey. 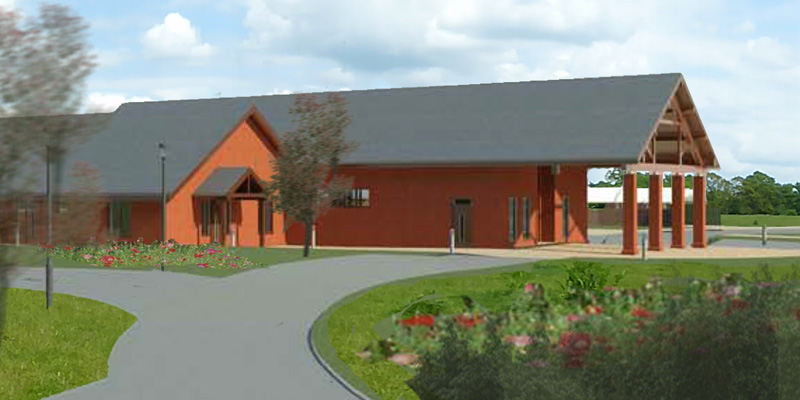 Plans to be exhibited for new local Crematorium. Families in Romsey and across the Test Valley to benefit from shorter Journey times.

Plans to provide a new crematorium to serve the residents of Romsey and other parts of the Test Valley will be on show to the public in Romsey this week. The new facility would relieve congestion at Southampton crematorium, the 25th busiest crematorium in the UK, holding over 2500 cremations a year.

For many years, local people have complained that there is no local crematorium to serve the area. This leads to families having to travel to Basingstoke, Southampton or Salisbury crematoria. For a significant number of people these choices lie beyond a thirty minute drive time of a funeral cortege, with no other crematoria within a more acceptable travel time.

Westerleigh Group, one of the most experienced crematorium developers and operators nationwide, has now found what it believes to be the ideal site on Ridge Lane, south of Romsey. The crematorium would be set against existing woodland, well screened from the main road and so able to offer the privacy that families like at a funeral. Because it is in a rural setting, the facility has been designed to be in keeping with the character of the area and to blend into the countryside.

The remoteness of these choices leads to large catchment areas for both crematoria and strong pressures on the service they provide to bereaved. Southampton crematorium is especially stretched, holding 2542 funerals per annum, and within the top 10% of busiest crematoria in the UK. Basingstoke is less busy, holding 1824 funerals per annum, but this is still 13% busier than the average crematorium in the UK. Salisbury crematorium is quieter but is too remote for the majority of residents and does not provide a viable option.

This results in Hampshire being nationally recognised as one of the poorest served counties for crematoria provision in the UK, with this position set to deteriorate further as permission for several new crematoria have been granted in the past year to relieve other parts of the country. The situation is particularly bad during the winter when the death rate is typically 40% higher than the average. The under capacity of existing crematoria during this period results in delays of 2-3 weeks in being able to book a time at either crematorium and a miserable, undignified conveyor belt-style experience once they are there.

“People living here do not have a crematorium of their own. They are forced to travel to use Basingstoke or Southampton, one of the busiest crematoria in the UK.

As a result they often face long delays to get a slot for a funeral. When they finally get there, they face a conveyor belt experience, which is not the best way to say goodbye to loved ones”.

IN THE PRESS.
4th August 2015
Local Newspaper Article: Southern Daily Echo
Note: Start time of the public consultation is 3pm, not 2pm as stated in the attached article.

IN THE PRESS.
24th September 2015
Local Newspaper Article: Southern Daily Echo
Plans for a new crematorium in Hampshire could be rubber-stamped by the end of the year... 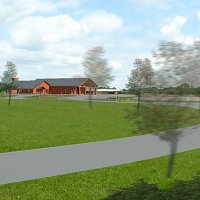