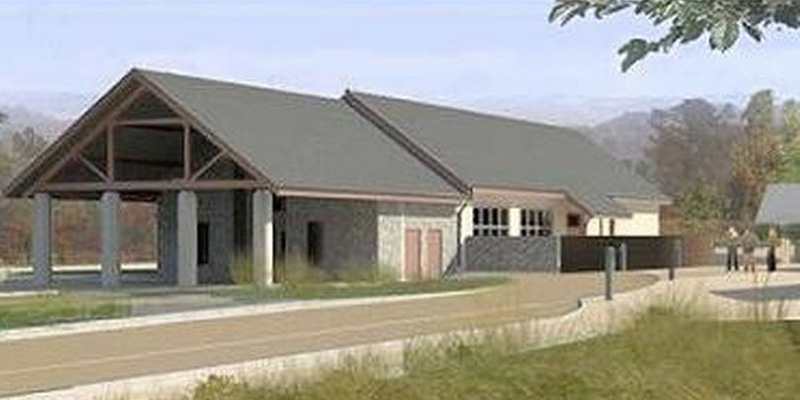 An artists impression of the new crematorium on the site of the former Bannockburn Hospital.

Plans for a new crematorium for Stirling on the site of the former Bannockburn Hospital have been lodged with Stirling Council.

Up to 1000 cremations a year would be expected to take place - around four a day.

The Westerleigh Group are proposing to create the facility, a landscaped garden including a garden of remembrance, and areas for the scattering and interment of cremated remains.

The main building will feature a chapel with seating for up to 98 people and potential standing room to accommodate another 100 people. There will also be a waiting area for mourners and offices and staff facilities.

Existing bus stops would be relocated around 80 metres north of their current location and a new bus shelter provided for the relocated south-east bound stop. The footway along the north-east boundary of the site would be improved and widened to two metres to link the facility with the new bus stops. A new pedestrian refuge island would be provided across the A9 Falkirk Road.

Also part of the plans is parking for 86 cars, including six disabled spaces. Around 30 extra parking spaces would be provided in an overspill parking area and there would be cycle access to the site with parking for up to eight bikes.

Information issued by Westerleigh said: “At the moment the expected 1000 cremations per year would be held predominantly at Falkirk, which is too far for the bereaved to travel, and the fees that are charged for non-residents of Falkirk are some of the highest in the UK.

“The application includes a Crematoria Need Assessment which clearly sets out the need for a new crematorium to serve the residents of the Stirling Council area and beyond.

“It is anticipated that two full-time and two part-time staff will be employed at the crematorium once it is built. The application is supported by a comprehensive package of technical documents and drawings.”

Taken from "The Daily Record"