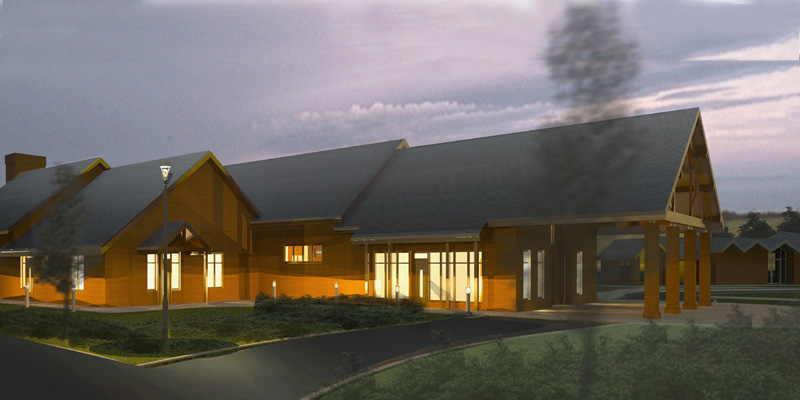 A hugely contentious proposal to build a crematorium on green belt land has been permitted by the Government ending a three-year saga.

Plans for the development were submitted in 2014 only for South Staffordshire Council to refuse them the following year.
The scheme also featured a remembrance building, floral tribute area, further memorial areas, garden of remembrance as well as parking spaces.
Applicants Westerleigh Group appealed the decision prompting a six-day public inquiry earlier this year only for a planning inspector to uphold the council's verdict recommending the crematorium bid be dismissed altogether.

But now the Secretary of State for the Department for Communities and Local Government (DCLG) has sensationally overturned the decision meaning it will go ahead.
While the Government conceded the scheme was inappropriate development in the green belt and would therefore cause harm to it 'by definition', it was ruled the proposal met 'very special circumstances' because it would relieve pressure on Bushbury Crematorium in Wolverhampton, less than five miles away.
The Secretary of State's judgement compared Westerleigh's plans to a similar proposal targeting land at Holyhead Road, Codsall, submitted by Dignity UK, referred to as the 'Wergs' application.
But ultimately it was concluded the Broad Lane plan would serve more than twice as many people whilst also relieving pressure at Streetly Crematorium in Walsall.
The judgement said: "...the Secretary of State has considered carefully the merits and disadvantages of both the appeal scheme (Broad Lane) and that at Wergs.
"The very special circumstances necessary to justify either scheme exist in terms of relieving pressure on the Bushbury crematorium, and both schemes would be equally well served by public transport.
"However, the appeal scheme would potentially serve a significantly larger number of people than the Wergs scheme and could also provide some relief to the Streetly Crematorium."
Westerleigh's plans have been fiercely opposed by residents since they emerged with more than 600 people petitioning against it as well as a further 250 letters submitted to the council registering objection.
South Staffordshire MP Gavin Williamson had also backed their complaints.

Councillor David Clifft, who represents Essington, said: "I am absolutely gobsmacked. The Government has overridden the planning inspector which I have never known happen, certainly in Essington, in 20 years.
"It is very disappointing for the residents. This decision is final, it is the end of the road now.
"I will try and make contact with the applicants to alleviate disruption when development starts."