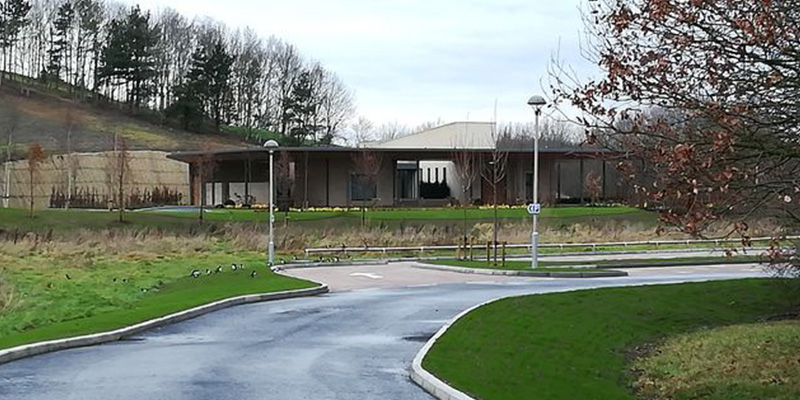 After years of debate, another landmark decision has been reached on the Watermead Crematorium in Aylesbury this afternoon.
AVDC have spent several hours debating whether or not the site should have planning permission, even though the building is ready to be used.

The District Council have delegated the application for approval by officers, but they'll need to check if the Secretary of State wants an inspector to look at the plans again.
Councillors, members of the public and representatives from Westerleigh have spent several hours discussing the proposals.
Issues raised included flooding and parking concerns, as well as landscaping around the building.
A condition has been placed on the application in regards to traffic management, which will be looked at by the developer.

Sue Severn, from Watermead Parish Council, told us the fact that the building already exists didn't matter:
"The applicants chose to continue to build.
"Aylesbury Vale District Council tell us that they wrote to them and asked them to stop.
"They clearly decided not to stop and it is irrelevant to this application whether it has been built."
The Strategic Development Committee met at 1pm today to discuss the 90+-page document.
Watermead PC have raised issued such as the land being protected for leisure use when the village was built.
The developers, Westerleigh, argue that people do support the plans.
Sue added:
"Clearly we hope that the committee will recommend, or decide, to refuse the application, which will be the end of the matter, as far as the district council is concerned.
"If they are minded to approve it, then it will go to the Secretary of State and they will consider whether or not to call it in for an inspector's hearing."